Project goals: The aim of the PV-network is to show: “Solar energy is still worthwhile”. Through information and education, the project promotes both roof- and ground-mounted photovoltaics.

The expansion of photovoltaics in Germany has declined recently. Existing potentials are no longer exhausted and economic advantages resulting from energy self-consumption are largely unknown. At the same time, the good acceptance of solar power is threatened by an increase in the number of open-space photovoltaic systems shaping our landscape.

As one of twelve photovoltaic networks in Baden-Württemberg, „Schwarzwald-Baar-Heuberg“ unites the districts of Schwarzwald-Baar, Rottweil and Tuttlingen. The aim of the project is to improve the understanding of solar energy and to show: “Solar energy is still worthwhile”.

Motivational work encourages stakeholders to become multipliers for solar energy and to present creative approaches for new projects within the region. The program also includes round tables, public events and competitions. A special focus will lie on the following topics:

The Lake Constance Foundation works as project coordinator in close cooperation with the energy agency Schwarzwald-Baar-Heuberg and the regional office of BUND. 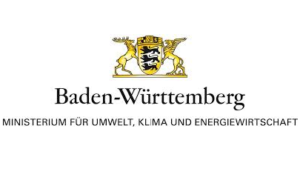