Organisations will be able to apply for funding. Applications, however can only be handed in after there has been a call for applications. These calls will be at irregular intervals, depending on the availability of resources. Pleas bear in mind that funding requests cannot be processed if they are not within the calls for applications.

You can find the statue of the Franz und Hildegard Rohr-Vogelschutz Stiftung Bodensee here. 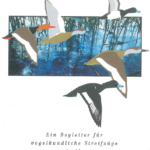 – 2009 The reprint of the brochure „Vogeltwelt Untersee“ could be supported. In the brochure you can find all characteristic bird species and bird observation points, which can be found in the Lower Lake Constance. This is a good instrument for environmental education of young people and adults. .

– 2010 Breeding rafts for common terns in the Wollmatinger Ried could be renovated. Nowadays, common terns do not find good breeding grounds anymore, due to the land use changes on the embankment. The foundation is therefore very happy to be able to help in the renovation of such an important conservation measure. 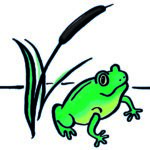 – 2015/16 activities within the project “small water bodies at Lake Constance” could be supported, such as the renaturation of small water bodies, which provide a valuable habitat for birds. 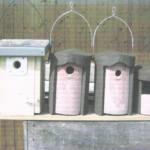 – 2016 the nesting box action of the NABU Eriskirch was supported. These nesting boxes were given in January, free of charge, to interested people.

When Franz and Hildegard decided to retire in 2004, the choice of moving to Überlingen was not a difficult one. Both knew Lake Constance since their childhood and often visited during their working life. During all these years, they noticed changes in the landscape: over the years the lake became cleaner, until reaching its current state. A state which many other lakes can only dream of. At the same time, every year more and more of the lakeshore was built on and the shore was used more intensively. The agricultural fields grew larger, orchards disappeared, more streets were built and more people came to the region on holiday.

When Franz and Hildegard Rohr decided to move to Überlingen, they wanted to contribute to the preservation of the nature around Lake Constance for future generations.

As they were financially independent and did not have any children, Franz and Hildegard decided to set up a foundation. They decided to have their focus on bird conservation as they always cherished encounters with birds and they saw how the changes in the landscape around Lake Constance especially affected the birds.